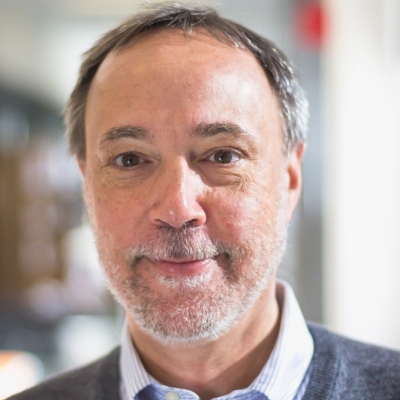 Action potentials are a nearly universal form of electrochemical dynamics in single neurons that result from the coordinated interaction of thousands of ion channel protein molecules. The characterization of the ionic current components of the action potential and the Hodgkin/Huxley equations describing how these currents interact were milestones in the history of experimental biophysics and quantitative modeling of biological dynamics. Are there analogous forms of "universal dynamics" produced in neural circuits by the synaptic connections and feedback loops ubiquitous in brain anatomy? Can they be understood by the use of mathematical models like those developed for the action potential? These are the key questions that drive research in my laboratory.

Our current focus is on persistent neural activity, a form of neural circuit dynamics that is associated with short-term memory. Persistent neural activity is a sustained increase or suppression of action potential firing elicited by a brief sensory stimulus or motor command. Across the population of participating neurons, the pattern of sustained changes in action potential firing is correlated with the information held in short term memory, while disruption of persistent activity produces deficits in memory-guided behavior. These characteristics suggest that the memory is actually the dynamic state of the circuit. Originally described in the frontal cortex of awake behaving primates during behaviors requiring short term retention of a sensory stimulus, persistent neural activity has also been observed in subcortical brain areas, such as the basal ganglia, superior colliculus, and brainstem. It has been observed not only in primates, but also in the thalamus, hippocampus, and midbrain of rodents as well as the brainstem of non-mammalian vertebrates. This wide diversity of brain areas and species motivates the idea that persistent neural activity may indeed represent a very general form of brain dynamics, perhaps as fundamental to neural circuits as the action potential is to single neuron dynamics.We study the mechanisms of persistent neural activity in experimental preparations that allow advanced electrophysiological, imaging, and genetic techniques to be applied. One neural system we study is the oculomotor neural integrator. In this brainstem circuit, brief motor commands that move an eye rapidly produce persistent neural activity that is used to hold the eye in the new fixation position: the persistent activity represents a short term memory the angular position of the eye in the orbit. We study this circuit in the awake behaving goldfish where sharp and patch intracellular microelectrode recording techniques can be used to characterize electrophysiological events in neurons during persistent activity. We also employ multi-electrode recording techniques to measure statistical correlations in firing produced by synaptic interactions, and study the biophysical properties of integrator neurons in brain slice preparations. Many of our experiments are designed to test the hypothesis that persistent activity is produced by positive feedback implemented by recurrent excitation through synaptic connections and to explore the importance of particular synaptic currents such as those mediated by the NMDA receptor. Experimental results are compared with mathematical models and numerical simulations of biophysically-realistic neural network models of the goldfish integrator. We are also studying a similar circuit in the zebrafish oculomotor system, which, in the future, should allow genetic manipulations useful in testing hypothesized mechanisms of persistent neural activity. A second system we study in which genetic dissection of persistent neural activity may be possible is the head direction cell circuit in the mouse. In this circuit persistent neural activity represents a short term memory of the direction of the head relative to landmarks in the environment. This system is critically important in navigation and the current view is that it represents one component of the "sense of direction."

My laboratory is also involved in the general development of methodologies and instrumentation that can provide measurements of chemical and electrical dynamics of neurons in vivo. Considerable progress has been made in the adaptation of two-photon laser scanning microscopy for the study of calcium concentration dynamics in dendrites and nerve terminals in intact neural circuits, including the mammalian neocortex. In the future we hope to further develop and use these methods to study chemical and electrical changes in neurons during persistent neural activity.