Princeton Neuroscience Institute is continuing to prove that it harbors a nurturing environment for the academic careers of its postdoctoral fellows on their route to independence and becoming principal investigators, charting the future of neuroscience in the United States and abroad.

Two postdoctoral fellows from the Princeton Neuroscience Institute have secured prestigious fellowships from the Simons Foundation helping them to transition into the next stage of their academic careers. 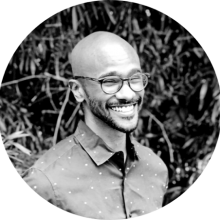 Sama Ahmed is a postdoctoral fellow at the Princeton Neuroscience Institute where he works in the lab of Mala Murthy. He has a bachelor degree in bioengineering from the University of Pennsylvania and a Ph.D. in neuroscience from the University of California, San Francisco. As a graduate student in the lab of Nirao Shah, Sama studied the evolution of chemosensory mechanisms that control social behaviors. His current research work focuses on investigating how neural circuits coordinate the display of distinct behaviors in Drosophila using brain-wide imaging, high-resolution behavioral analyses and computational modeling.

He got awarded Simons Collaboration on the Global brain (SCGB) bridge to independence award for his Research proposal  “Brain-wide dynamics underlying behavioral multitasking in Drosophila”.  In Fall 2022, he will open his lab at University of Washington (Seattle) Psychology department aiming to:  (1) understand the computations implemented by brain-wide networks, (2) uncover how distinct neural circuits interact to generate and pattern complex behaviors, and (3) investigate the natural limits of nervous system function. He plans to achieve these goals by studying the brain of a genetically-tractable model organism (D. melanogaster) as it performs multiple behaviors simultaneously.

“ I am very excited about the fellowship, not just because it supports my research but because it also  includes a mentorship program that  helps guide me through the different aspects of becoming an independent investigator. I am also excited to attend the yearly Simons conference where many established investigators present their latest results. All in all, it is a great learning opportunity” Sama said in my conversation with him.

Moreover, Sama has been an advocate for diversity and equity in neuroscience. On his lab website, he states “our research provides a practice-space to challenge, and replace, value systems that toxify academia. we center intentionality, humility, and imagination as guiding values in how we work. these values move us away from product-oriented thinking towards a way of science-ing that prioritizes equity, health, safety, and creativity “. 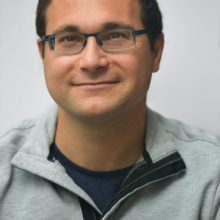 Marino Pagan is a postdoctoral researcher in the laboratory of Carlos Brody . He conducted his undergraduate studies in Italy at Scuola Superiore Sant’Anna and at University of Pisa, where he received his bachelor degree in computer engineering in 2006 and his masters degree in control engineering in 2009. He received his Ph.D. in neuroscience from University of Pennsylvania in 2015 under the supervision of Nicole Rust where he studied neural mechanisms underlying visual perception in non-human primates. His current research focuses on understanding the neural mechanisms underlying context-dependent behavior. To approach this problem, he trains rats to perform complex tasks traditionally studied in primates, and he takes advantage of the rich experimental toolkit available in rodents. By combining state-of-the-art experimental and computational techniques, he ultimately aims to shed light on the neural substrates of flexible cognitive behavior. For this postdoctoral research project, he was supported by a Simons Collaboration on the Global Brain postdoctoral fellowship.

“I am very passionate about the potential translational aspects of my research work to advance our understanding of autism. Shifting attention from one task to another can be very challenging for some individuals with autism, and I hope that a deeper understanding of the neural circuits underlying this type of cognitive flexibility can ultimately provide a path toward treatment.” Marino told me in an interview. He noticed that there is a lack of complex behavioral paradigms that probe the cognitive deficits involved in autism and thought that his research focus can fill this knowledge gap.

Marino has been awarded the 2021 Bridge to Independence Award (BTI) award from the Simons Foundation Autism Research Initiative (SFARI) for his research proposal “High-throughput dissection of the neural mechanisms underlying cognitive inflexibility in autism”. Cognitive flexibility, the ability to rapidly switch our thinking and actions according to context, is a fundamental component of higher cognition. Changes in cognitive flexibility are common in autism, yet little is known about the underlying neural mechanisms. Marino has developed paradigms that allow rats to perform complex behaviors that require rapid executive control. He plans to leverage these behavioral paradigms to systematically characterize deficits across different domains of cognitive flexibility in genetic rat models of autism (including Fmr1 and Nrxn1 mutants). He then plans to investigate the neural mechanisms underlying cognitive inflexibility in these models. These studies will involve high-throughput electrophysiology and optogenetic experiments in freely moving, behaving animals.

The BTI program is intended to help engage talented early-career scientists in autism research by facilitating their transition from mentored training positions to independent careers. Launched in 2015, the program is aimed at Ph.D.- and M.D.-holding scientists with an interest in autism research who are currently in training positions but intend to seek tenure-track faculty positions at a U.S. or Canadian research institution during the upcoming academic year. Fellows will receive a commitment of $495,000 over three years, activated upon assumption of their faculty positions. With the addition of the 2021 BTI cohort, the program now boasts 37 outstanding fellows.

Alongside research money, for the first time this year the BTI Award will also provide a $10,000 gift for the 2021 fellows to use, during their transition year, for a variety of professional development opportunities. Examples of activities include attendance at scientific conferences and professional development workshops, as well as informal visits to prospective faculty institutions. This initiative is part of SFARI’s broader effort to provide the BTI fellows with training and learning experiences that can help them navigate the many aspects of becoming a successful academic investigator.  Similarly the BTI offered by the SCGB, provides the same support structure to Sama Ahmed to whom  it was awarded.