Paula Brooks and Rolando Masís-Obando have both received the NIH Blueprint Diversity Specialized Predoctoral to Postdoctoral Advancement in Neuroscience (D-SPAN) Award for their graduate work in Kenneth Norman’s Computational Memory Lab. According to Ken, “these awards are a testament to Paula and Rolando's amazing accomplishments thus far, and to their potential to do world-changing science going forward”. They follow in the path of Jamal Williams, also in Ken’s lab, who received the award last semester, and Alex Riordan in David Tank’s lab who won it in 2019. The award supports outstanding candidates from underrepresented backgrounds in neuroscience research. Designed as a bridge between career stages, the fellowship will provide Paula and Rolando with six years of support, through the completion of their PhD in PNI and during the first four years of their post-doctoral placements, as well as career development opportunities to help them become independent researchers. 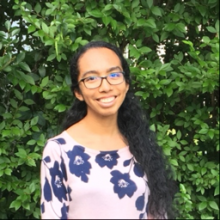 Paula is advised by Ken Norman and Maureen Ritchey in the Memory Modulation Lab at Boston College for her PhD work. She is interested in how people regulate negative emotional memories and why some people are better at dealing with negative memories than others. Paula did not always plan to pursue a research career though. “When I look back, I was not expecting this trajectory, … science hadn’t crossed my mind”. During her undergraduate studies at Princeton, she discovered research during her senior thesis in Psychology. As a research assistant in Ken’s lab, she felt supported by her mentors and slowly realized that “research was a career option that was open to me if I want to pursue it”. Paula believes that her mentors had a huge effect on her, and she is committed to mentoring young students, especially those from underrepresented backgrounds. When asked about what the award would mean for her future, she said, “It gives stability, and it also gives flexibility to go work with who you want, on the topics you want”. She also hopes to improve her scientific communication skills with the freedom the grant allows. Communicating complex topics to a wide audience is a passion that she developed while writing for Princeton Insight. Over the last few years, she has also helped to create the Princeton Handbook for Reproducible Neuroimaging, an online reference for best practices in reproducible fMRI research. “It’s the most rewarding thing that I’ve done” she said. She hopes the open-source handbook will help make her field more inclusive. 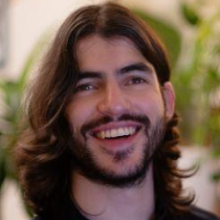 Also in Ken Norman’s lab, Rolando combines fMRI with virtual reality to study how people use schemas – such as events (e.g. birthdays) or spaces (e.g. Memory Palace technique) – to guide their representation and memory of real-life experiences. He hopes to pursue the study of virtual and augmented reality. “We read emails [and] go on social media. We already live in a mixed-reality” he said. He also sees applications of his research in online education and in developing new tools to help people that the current system leaves behind. For him, the education system adversely affects underrepresented and low-income students, and academia remains closed to too many. That’s why he co-created PhDx, an online resource to “make science more open and accessible” and help early-career researchers navigate the landscape of academia. “It helps people learn how to do an interview, how to write an application”, and gives a key to all the unspoken rules of academia. Rolando values not only the people he works with, but also the environment. He hopes the D-SPAN grant will give him the choice to work in an institute that values “not only diversity, but inclusivity”. This award will give him a chance to “be visible, and become a role model”, and show people that if he can be successful, then they can too. “Receiving this grant is empowering” he said. It will give him the “liberty to follow a path that’s not carved, and that freedom is priceless”.