Labyrinth and the Princeton Public Library invite you to a presentation and discussion with neuroscientist and psychologist Michael Graziano, who will put forward a ground-breaking new theory of the origin of consciousness. This is the sixth annual Gould Lecture endowed by the family of Dr. Kenneth Gould. 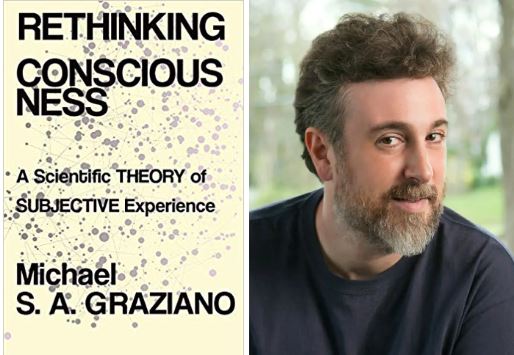 Abstract:
Tracing evolution over millions of years, Michael Graziano shows how neurons first allowed animals to develop simple forms of attention: taking in messages from the environment, prioritizing them and responding as necessary. Then covert attention evolved a roving, mental focus separate from where the senses are pointed. To monitor and control covert attention, Graziano posits in his attention schema theory, the brain evolved a simplified model of it a cartoonish self-description depicting an internal essence with a capacity for knowledge and experience. In other words, consciousness. That self model gives us our intuitions about consciousness and makes us empathetic social beings as we attribute it to others. The theory implies that uploading the data structure of consciousness into machines will be possible and he discusses what artificial consciousness will mean for our evolutionary future.
Title:
"Rethinking Consciousness: A Scientific Theory of Subjective Experience"
Thursday, November 21, 2019 - 7:00pm
Location:
Princeton Public Library, Witherspoon Street