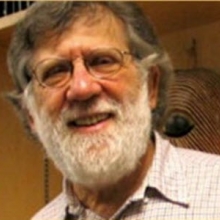 Charles Gordon Gross, Professor of Psychology and the Princeton Neuroscience Institute, emeritus, died Saturday, April 13, 2019, in Oakland, California. He was 83.

Gross retired from Princeton University in 2013 after forty-three years on the faculty. With his pioneering research on the primate visual system, he revolutionized our understanding of sensory processing and pattern recognition. His work was foundational to the field of cognitive neuroscience.

Gross was a pioneer in many ways, but particularly in his pursuit of the neural mechanisms of high-level vision. Among many other important findings and contributions, he discovered "face" cells in visual cortex and based in large part on this work, face processing is now almost a discipline of its own.

He joined the faculty in 1970 and mentored an enviable number of students and postdocs who themselves went on to become world-renowned neuroscientists.
"Anyone who knew Charlie will remember that he was full of energy and enthusiasm, " said Asif Ghazanfar, Professor of Psychology and the Princeton Neuroscience Institute. "After his retirement, he continued to travel all over the world, to far-flung places — often with his former students — to give talks, meet new people, and take photographs.

Charlie was often on campus for lunches with one or more of the "younger faculty" and he regularly taught a very in-demand course on neuroethics. He thoroughly appreciated the fresh perspectives of his companions and students. Charlie will be missed dearly but his spirit lives on in the many people with whom he befriended, mentored, supported, and collaborated."
Read more: Charles Gordon Gross, father of cognitive neuroscience, dies at 83