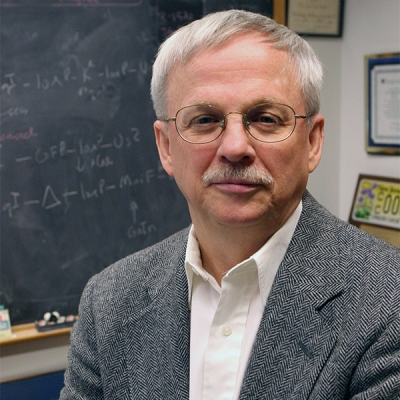 My research focuses on mechanisms of herpesvirus pathogenesis. Most alpha-herpesviruses (e.g., herpes simplex virus HSV; varicella-zoster virus, VZV; and pseudorabies virus, PRV) are parasites of the peripheral nervous system (PNS) in their natural hosts. This life style is remarkable because of all the neurotropic viruses that also enter the PNS (e.g., rabies), only the alpha-herpesviruses routinely STOP in the PNS of their natural hosts and establish a reactivatable, latent infection. Normally, this PNS infection is relatively benign, promoting survival of both virus and host. However, aberrations in this pathway give rise to the set of common diseases caused by these viruses. For example, invasion of the CNS is a rare, but exceedingly serious possibility. The directional spread of a herpes infection from epithelial surfaces to PNS neurons (where latency is established), and then, upon reactivation, spread back to epithelial surfaces constitutes the virus survival strategy. Research in my laboratory is directed toward answering several basic questions: What are the virus- and cell-encoded mechanisms that direct virus into and back out of the PNS? Why does the virus only occasionally enter the CNS in its natural host? What are the molecular roadblocks that make CNS infection rare in the natural host and frequent in the non-natural host? What are the viral gene products that promote disease and how do they work? How do the PNS and CNS respond to viral infection? These basic questions continue to lead us into exciting (and sometimes unexpected) areas. Two major areas of work are outlined below.

PRV is a broad host range herpesvirus that causes fatal encephalitis in a wide variety of animal species except its natural host, the adult pig. PRV is not a human pathogen and grows well in the lab. Using rodent and chick embryo models and defined mutations in specific PRV genes, we are studying mechanisms of spread from site of primary infection, evasion of innate and acquired immune defense, and cell/tissue damage. We have identified several PRV gene products that affect the extent of PRV pathogenesis in both model systems affecting cell to cell spread, direction of spread, and host response to infection. We have constructed infectious bacterial artificial chromosomes carrying the entire PRV genome and are using E. coli mutagenesis and recombination techniques for genetic analysis of PRV. cDNA analyses coupled with gene array technology are being developed to understand the role of virus and host genes in virus replications in various cell types and tissues of infected animals.

Genetics of Directional Spread of Virus In and Between Neurons

Our work with PRV infections in rats, mice, and chicken embryos demonstrates that directional spread of virus in the nervous system is regulated, in part, by several viral genes. We have developed technology to culture primary embryonic sensory and autonomic PNS neurons from mice, rats, and chickens. Based on these systems, we have defined two distinct processes involved in directional spread: (1) movement of virion components into axons and long distance movement of these components to axon terminals; and (2) interactions between the infected axon terminals and connected cells that promote assembly, virus release, or both. The small type II membrane protein called Us9 affects the first process: it promotes the movement of virion envelope (but not tegument or capsid) components into axons. The type I viral membrane proteins gE and gI also are required for directional spread in the nervous system, but the mechanism for their action is distinct from that of Us9. gE and gI affect the entry of all viral components into axons. gE expression also exacerbates symptoms and speeds time to death in vivo, but this phenotype is not correlated with virus spread. Green and red fluorescent protein fusions to Us9, gE, gI, and other membrane proteins, as well as capsid and tegument proteins enable us to follow synthesis, transport, and assembly of virions in cultured neurons as well as in tissue. The genetics and biochemistry of these proteins and others that affect endocytosis, targeting, virus assembly, egress, spread, and virulence are a major focus of our work.

Tracing the Hardwiring of the Nervous System with a Virus

Unlike infections of the natural host (the adult pig), PRV infections of all other permissive species (e.g., baby pigs, chicken embryos, rodents, dogs, cats, and cows, to name a few) are lethal and quickly transmitted through peripheral nerves to the brain and spinal cord. These infections enable us to study not only mechanisms of virulence and how the nervous system responds to infection, but also how the virus spreads in the nervous system. Amazingly enough, in all permissive species, the virus spreads only in chains of synaptically connected neurons (trans-neuronal spread). Therefore, PRV can be used as a self-amplifying tracer of neuronal circuits. The ability to reveal a neural circuit (neuron A is wired to neuron B is wired to neuron C etc) is powerful technology, but demands attention to many details. Tracing studies are rewarding because they require close collaboration between neurobiologists and virologists. For example, circuit tracing requires use of mutant viruses that are much less virulent than wild type PRV. Understanding why these mutants are good tracing strains has led us to a better understanding of virulence and mechanisms by which virus spreads between neurons. In addition, we capitalize on our ability to manipulate PRV to construct less virulent, innovative tracing viruses: e.g., viruses expressing beta-galactosidase and variants of green fluorescent protein, as well as viruses that replicate only in certain neurons and not others. These viruses provide powerful tools to study neural circuits and how the nervous system responds to infection.