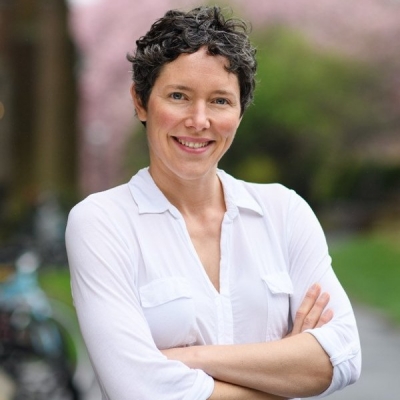 Assistant Professor of Ecology and Evolutionary Biology and Neuroscience.

Research in the McBride lab takes advantage of evolution in natural populations to understand the genetic and neuronal basis of behavior.

When organisms adapt to new environments, their behavior often evolves in ways that help them survive and reproduce. Nature provides hundreds of fascinating examples. These new behaviors can be traced to changes in the structure or activity of neural circuits and ultimately to changes in genes. We can therefore gain insight into the molecular and neural control of behavior by identifying tractable examples of behavioral evolution and mapping the changes to genes and neurons.

Our lab focuses in particular on sensory behavior in the mosquito Aedes aegypti. This mosquito includes an ancestral forest form that opportunistically bites a variety of animals and a recently evolved domestic form that specializes in biting humans and has become the major worldwide vector of Dengue, yellow fever, and Chikungunya viruses. One of the many new behaviors that help the domestic form find humans is a remarkably robust, novel preference for human body odor. By comparing the two forms, we have begun to identify genetic changes associated with this preference and to investigate how these changes alter olfactory circuits and/or processing in the brain to drive a mosquito to fly towards humans. We are also interested in investigating novel habitat preference, oviposition preference, and defensive behavior in domestic adults and larvae. Our work combines evolutionary genomics with molecular genetics, electrophysiology, and neural imaging.

Ultimately, we hope to expand our understanding of the molecular and neural control of behavior as well as inform efforts to prevent this dangerous mosquito from biting and spreading disease to humans.